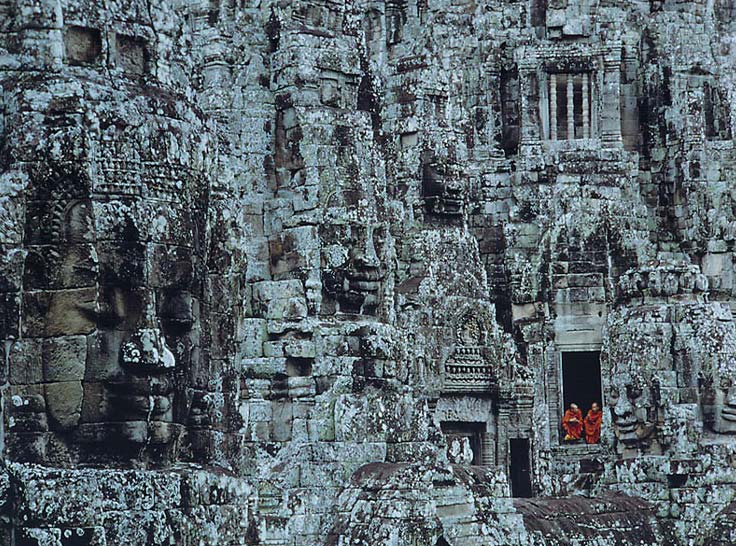 Cambodia was our first weekend destination in Asia after we moved to Singapore. We decided to see what is consider the eighth wonder of the World. The largest religious monument, Angkor Wat, that literally means ¨the city¨, wich in reality is a Temple… It was build during the 12th century by king Suryavarman, Dedicated mainly to the Hindu God, Vishnu.

Ankor is without a doubt one of the most magnificent wonders of the world and a site of immense archeological significance. We were happy to receive the blessing of the monks and offer some incense to the temple.

Cambodia is full of mysterious and enchanting temples lost in the jungle. I have to say I was even more impressed by Bayon and TaProhm and other little and less famous temples 4 km north of the town, provably these were the most mysterious and evocative of all the temples.

The best way to move around is by tuc tuc, but be carefull don’t take your phone out to make a picture, a scooter might come by and just set off with your phone!